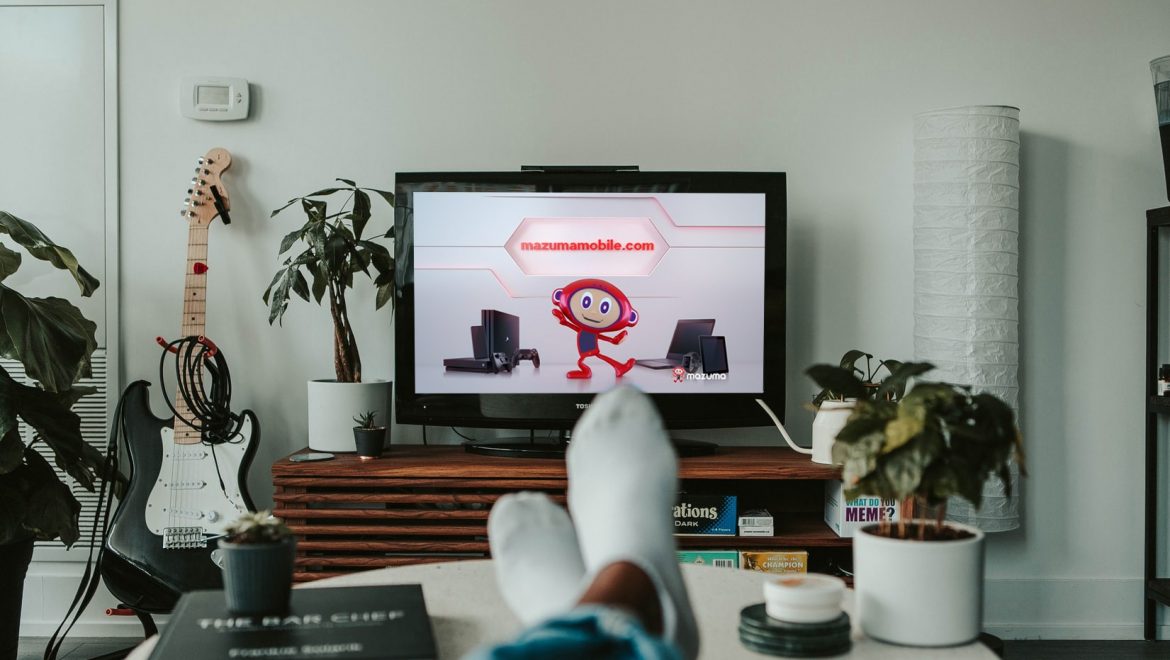 The Benefits Of TV Advertising

If your marketing department is planning a new ad campaign, then they will likely be faced with a multitude of options, such as social media adverts, email campaigns, influencer marketing, and many more. However, there are many advantages to TV advertising, and it’s not just for huge brands. We look at why you should be considering TV advertising in the UK.

It may feel logical that with the popularity of the many streaming services available in the UK, such as Netflix, Amazon Prime, and Disney+, TV advertising could be losing out. However, TV advertising is far from dead.

TV accounts for 37 per cent of the average Brit’s media consumption and makes up a whopping 95 per cent of all actively viewed video advertising, which provides it with a reach and mass-media potency that internet advertising simply cannot match. TV still comes out on top when it comes to returns on investment, awareness and brand recall.

A UK TV viewer will watch around 41 TV ads on any given day, which makes TV advertising still the most effective means of video marketing.

According to statistics from 2020, the average Brit watched over 22 and a half hours of TV a week, and this trend continues to increase. 28.5 million Brits own at least one TV. Television makes up 37 per cent of the average Brit’s daily media consumption, and 96 per cent of Brits watch TV weekly. which can be a huge potential customer base for your brand.

No one can deny that the bigger your marketing budget, the bigger the audience you can advertise to, and the more you will see in return.

But this is true for any advertising campaign, from traditional print media to paid social media advertising, and TV advertising can prove to be highly advantageous for small and medium-sized businesses, too, with targeted TV advertising and innovations such as Sky AdSmart, making it much more cost-effective.

There are over 480 TV channels in the UK, including nationwide UK TV channels such as BBC, Channel 4 and Sky, but also a wealth of regional and local channels, from the ITV regions such as Anglia, Granada, or STV in Scotland, to London Live, The Bay Liverpool, and Notts TV.

With the majority of these channels owned by the networks, packages can be bought to provide national and regional advertising, and specific transmitters can be purchased to further narrow down targeted advertising within regions.

However, there is another way to buy regional TV, via Sky AdSmart, which has been developed to target viewers in different locations, different ages, lifestyles, and many other demographics.

Sky AdSmart can target smaller audiences such as towns and cities and even specific postcodes by using marketing data to allow advertising platforms such as Sky and Channel 4 to provide a bespoke service that will allow smaller brands access to premium viewing environments, not just limited to linear broadcasting, but also in video-on-demand (VoD) services.

Why advertise on TV?

One of the immediate advantages of TV advertising is that it builds trust with your audience. According to a 2016 survey, when asked ‘In which, if any, of the following places are you most likely to find advertising that is most trusted?’, respondents scored TV ads 42 per cent, while print newspapers trailed way behind with 13 per cent, and YouTube with a mere six per cent.

TV adverts run full screen, they are not competing for space on a busy webpage, or an annoying pop-up ad at the bottom of an app, nor are they subject to internet ad-blockers.

While streaming and VoD services are more popular than ever, in 2018, 86 per cent of Brits still regularly watched live TV instead of recording to watch later (and skipping ads), meaning that the majority of TV viewers will still watch TV adverts.

TV advertising has been creating viral videos long before the term existed, and even now we will all ask each other if we’ve seen the latest advert for a brand or product, especially during the Christmas period. Word of mouth existed long before the internet brought us viral videos.

TV advertising can deliver a huge advantage to your brand, driving market share, building trust, and providing scale and reach. Brands can buy the exact number of ratings/viewers they need, and target specific audiences, whether it’s Love Island fans, or families gathered around the TV to watch Saturday evening entertainment.

The advantages of TV advertising

There is no other kind of media able to provide the same reach with a single advertisement. TV advertising can reach huge audiences frequently and quickly, as much as 70 per cent of the UK population in one day.

While there is a growth in people watching TV and film via tablets, computers and smartphones, none of them are as ubiquitous as the living room TV, and with many UK households owning more than one TV, that reach increases.

Television, compared to other video marketing platforms, has one of the highest engagement rates. According to data from the websites of organisations that use TV advertising, TV ads contribute to around 35 per cent of all visits to the number of all website visitors.

Studies from around the world have shown that there is a 60 per cent likelihood of consumers buying a product due to influence from a TV advert, compared to 40 per cent from online and social media ads. TV advertising has retained an air of prestige and quality that other channels are unable to meet.

Targeting a specific audience is not just used by the internet, using data from Google, Facebook and more, and it has been utilised by TV advertising for a long time. TV ads are shown at certain times of day, on certain channels, and during certain shows to ensure they are being shown to the right audience.

While there is a certain amount of ad-skipping in VoD and recorded TV, and viewers are free to get up and pop the kettle on or visit the bathroom during ad breaks, the majority will stay in their seats, and even if only passively, they will be exposed to your adverts. In the case of recorded TV, if adverts are skipped, the brand will not be charged.

As VoD TV grows in popularity, many platforms are now including adverts before the show or film they want to watch, and some have now implanted unskippable ads that have to be watched in order to view the on-demand content.

It can take time, effort, and cost to develop a TV advert that is suitable for a wide audience, but the engagement and trust inferred by TV over other platforms provide a great ROI. TV also can establish a greater sense of legitimacy and trust in your brand than other platforms, and brand recognition is bound to increase following even a single ad campaign.

For example, whether or not you have used the service, we all know the Go Compare jingle that has been in use for over a decade, you don’t ever have to have eaten Kellogg’s Frosties to know ‘They’re Grrrreat!’, or how about ‘Barry Scott’ enthusiastically promoting Cillit Bang?

Are you convinced about the power of TV advertising yet?

When it comes to video advertising, TV is the most widely viewed medium and has become home to many small and medium-sized brands, who are easily able to find a place among the traditional TV advertisers and larger brands.

If you’re looking to take advantage of TV advertising to promote your brand, product, or services, and looking for expert advice and help, talk to Tonic today!